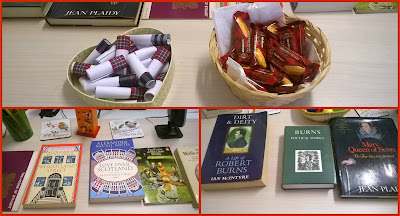 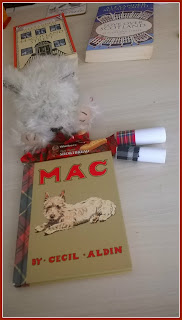 Posted by Welshcakes Limoncello at 05:11 No comments:

A reminder that London Town Modica - Centro Linguistico Internazionale is open all summer! 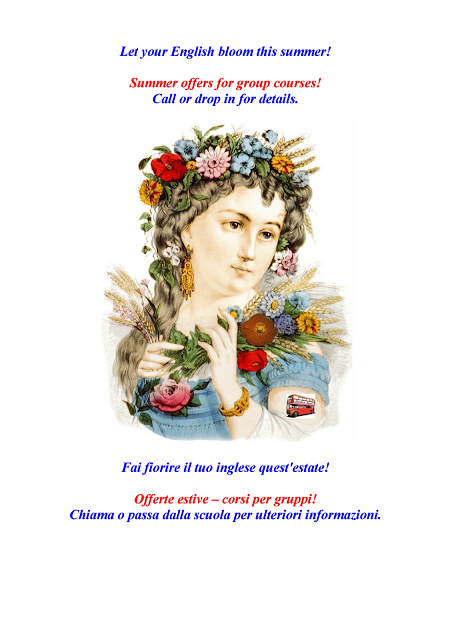 Posted by Welshcakes Limoncello at 02:49 No comments:

At  London Town, Modica  - Centro Linguistico Internazionale we've been welcoming the autumn by making scary scarecrows! We had to follow English instructions: 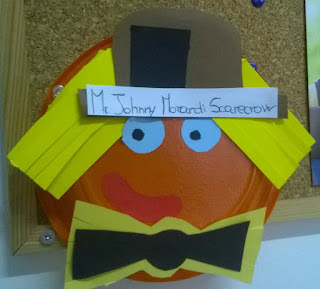 Then we followed some more English instructions to make these Halloween cats: 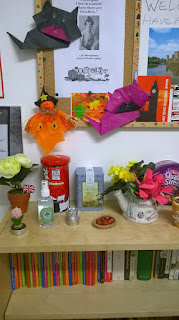 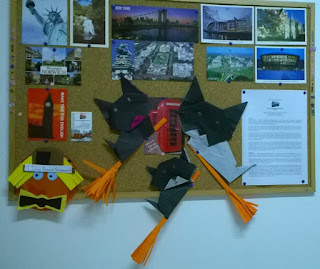 Many thanks to Activity Village for the great ideas.

HAPPY HALLOWEEN, EVERYBODY!
Posted by Welshcakes Limoncello at 09:55 No comments:

Everybody is talking about Brexit, but do you know what kind of word it is?

Can you say which words have been used to form the following portmanteau words? You'll find the answers at the end of the post:

Highlight the space below to see the answers:

Posted by Welshcakes Limoncello at 07:17 No comments:

At London Town, Modica - Centro Linguistico Internazionale, we had a party yesterday to celebrate Queen Elizabeth's 90th birthday. Many thanks to Cicara Caffeteria and Delizie D'Autore. 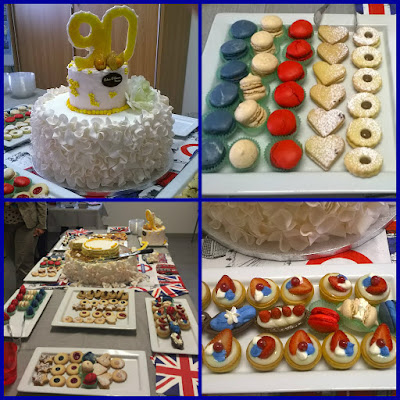 When the "birthday girl" arrived, our students had some questions for her: 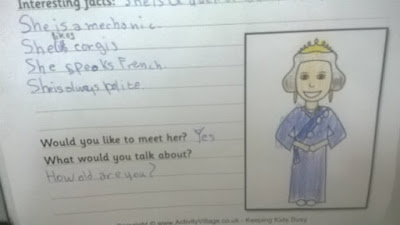 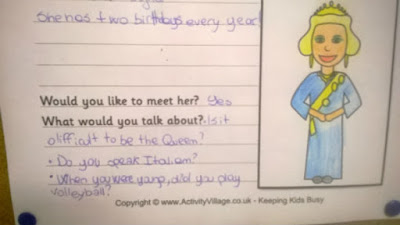 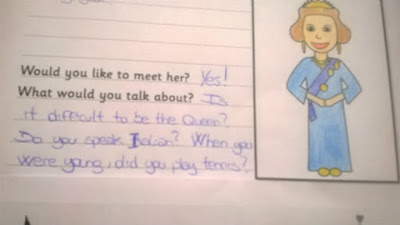 These included the most important question of all which is, of course, about food! 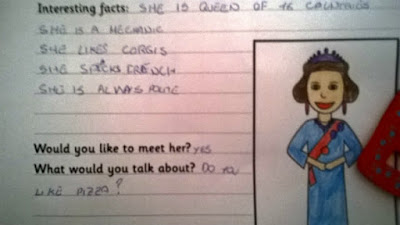 We hope you had a very happy birthday, Ma'am!
Posted by Welshcakes Limoncello at 13:56 No comments:

To mark the British monarch's 90th birthday this Thursday, here is a quiz about Queen Elizabeth II. You will find the answers at the end of the post.

1.  Queen Elizabeth's given names are


2.  The surname most commonly used by her family is


4.  The Queen was educated


5.  During World War II she trained as


6.  She was preceded as monarch by


8.  How many children does the Queen have?


9.  Her main official residence is


10.  In her position as Queen, she has only three rights.  What are they?

The Queen's Coronation took place in which year?


16.  If you meet the Queen you should call her


19.  How many State visits abroad has the Queen undertaken in her reign?


20.  Which of the following can the Queen NOT do?


Highlight the space below to see the answers:

1.  Elizabeth Alexandra Mary
2.  Senior members of the British Royal Family do not have to use a surname but "Mountbatten-Windsor" or "Windsor" are often used to refer to the family as a whole.  Prince William and Prince Harry often use the surname "Wales" as their father, Prince Charles, is the Prince of Wales.
3.  Margaret Rose
4.  At home.
5.  The Queen, as Princess Elizabeth, trained as a driver and mechanic in the ATS [Auxiliary Territorial Service].
6.  The Queen was preceded by her father, King George VI.
7.  Prince Charles, Prince of Wales
8.  The Queen has four children:  Prince Charles, Prince of Wales;  Princess Anne, Princess Royal;  Prince Andrew, Duke of York;  Prince Edward, Earl of Wessex.
9.  Buckingham Palace
10.  The Queen's rights are to be consulted by the Prime Minister, to encourage certain actions and to warn against others.
11.  1953
12.  Westminster Abbey
13.  Diamond Jubilee [60 years as Queen].
14.  The Queen famously, and briefly, played the role of a Bond girl with the actor Daniel Craig at Buckingham Palace. She did not jump out of the plane, though!
15.  This is becaue the British weather shoulod be better for parades and ceremonies in June.
16.  You should call the Queen "Your Majesty" at first and then "Ma'am".
17.  British monarchs wear the Imperial State Crown when leaving Wetminster Abbey after their Coronation and for the annual State Opening of Parliament.  It's a very heavy crown!  The monarch is crowned with St Edward's Crown at the Coronation.
18.  Corgis
19.  The Queenn has undertaken117 State visits abroad to date [two of these in her role as Queen of Canada].
20.  The Queen cannot express a political opinion in public or vote.

Posted by Welshcakes Limoncello at 15:42 No comments:


Over at London Town, Modica - Centro Linguistico Internazionale, we've been making some really scary dragons and of course we've got daffodils and Welshcakes! 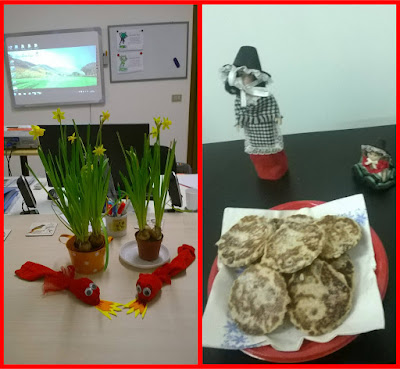 You can do a quiz to see how much you know about Wales here.

HAPPY ST DAVID'S DAY, EVERYBODY!
Posted by Welshcakes Limoncello at 05:54 No comments:

A blog about the English language by a qualified and experienced language teacher. You'll learn about British culture here, too!

Websites about British Life and Culture

Word of the Day

English Matters with Pat by Pat Eggleton is licensed under a Creative Commons Attribution-NonCommercial-NoDerivs 3.0 Unported License.